Due to key building developments and construction in the Hobart CBD, there have been additional disruptions to Metro services in the Hobart City interchange (from 13 May 2018) to ensure we can operate efficiently and safely. 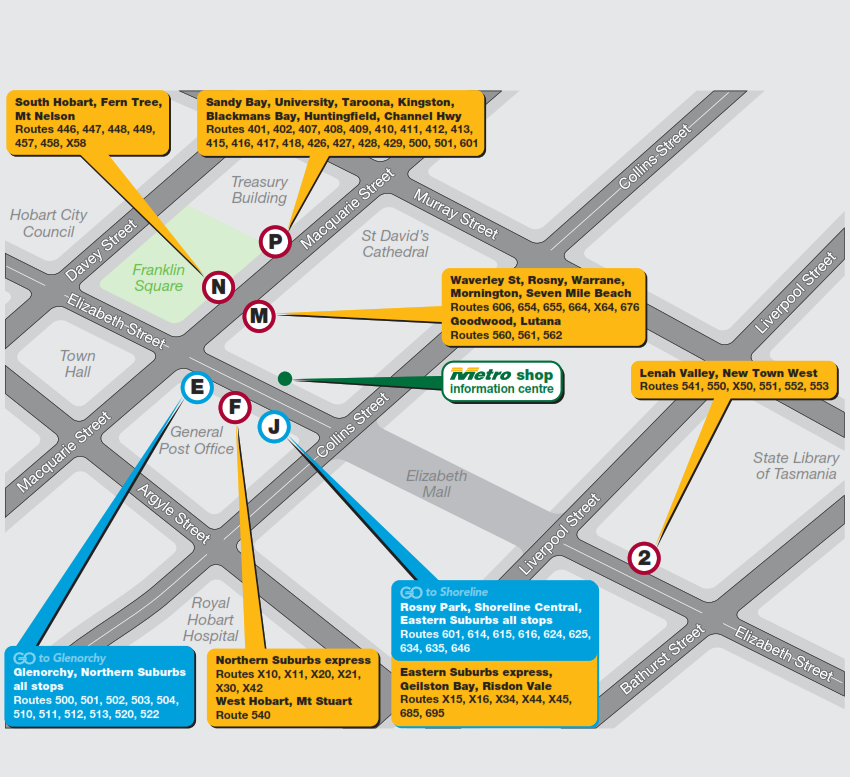 See below to find out where your service departs:

Stop J: relocated to the eastern side of the Hobart City interchange towards the end closest to Collins St, outside the Salvation Army and Quest Apartments.

Route 562 departing Hobart for Metro Springfield at 4:24pm Mon-Fri now operates 3 minutes earlier. All other Lutana, Goodwood and Central Ave timetables are not affected.
O’Driscoll’s and Tassielink services no longer utilise this stop location, and instead depart from outside the Town Hall on Elizabeth St.

Elizabeth St stop 2: the Lenah Valley stop outside Sheridan. This was previously the second scheduled stop for Lenah Valley and New Town West all stops services.

Express Lenah Valley services have been altered to travel via Elizabeth St between Hobart and Augusta Rd. Elizabeth St stop 5, located near Tasma St is serviced by these express services.

We appreciate your understanding and apologise for any inconvenience.
Our customer service team can be reached at 13 22 01 or correspondence@metrotas.com.au